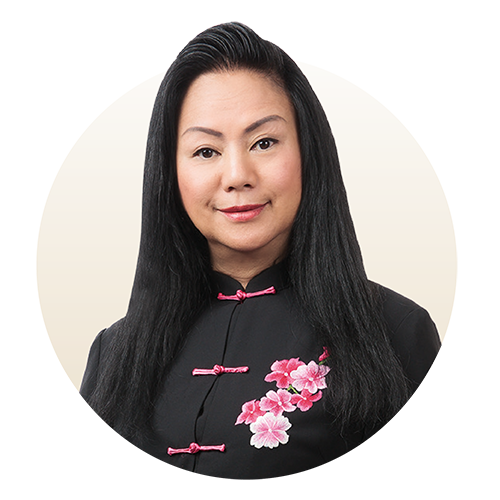 Ms Chiang co-founded Banyan Tree Hotels & Resorts and pioneered the Group’s retail business. She focuses on the acquisition of new management contracts in China. She also oversees strategic issues in organisational and human capital capability, and is responsible for guiding the Group’s corporate social responsibility commitments.

Ms Chiang was appointed Justice of the Peace in 2008. She received the Public Service Medal PBM in 2008 and the Public Service Star BBM in 2014. Her numerous awards for women’s advocacy include most recently, the Bold Women Entrepreneurs Award, by sHero and Mary Kay, China, in 2020, and the Outstanding Women Award by Shanghai.

Daily in 2019. She was also named one of Asia’s Top Sustainability Superwomen and inducted into the Singapore Women’s Hall of Fame in 2018. Ms Chiang is married to Group Executive Chairman, Mr Ho KwonPing, with whom she received the Hospitality Lifetime Achievement Award at the China Hotel Investment Summit 2009.

Ms Chiang holds directorships in three Group subsidiaries and affiliated companies and four family holding companies. She is also a director of the Mandai Nature Fund and Mandai Park Holdings. In 2018, she was appointed Advisory Committee Member for both Guilin Tourism University and the School of Hotel and Tourism Management, The Hong Kong Polytechnic University.

Ms Chiang holds a Bachelor of Arts (Honours) from the National University of Singapore and a Master’s degree in Philosophy from the University of Hong Kong. 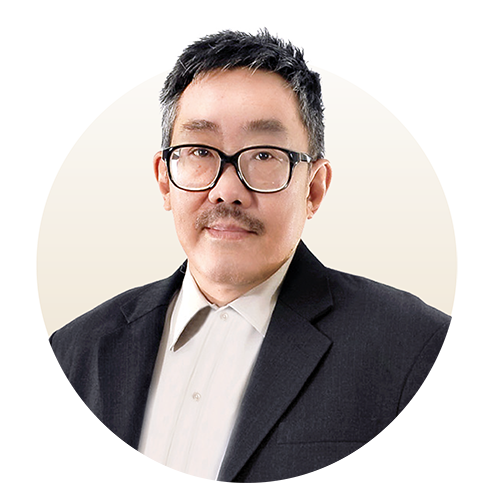 Mr Ho is the Senior Designer involved in overseeing design and project teams in the architectural subsidiary of the Group.

From 1996 to 1998, he was the Managing Director of Thai Wah Resorts Development Public Co., Ltd and its Project Manager from 1985 to 1992. Before this, he worked at the architecture firm, Akitek Tenggara, in Singapore.

Mr Ho is the brother of the Executive Chairman, Mr Ho KwonPing. 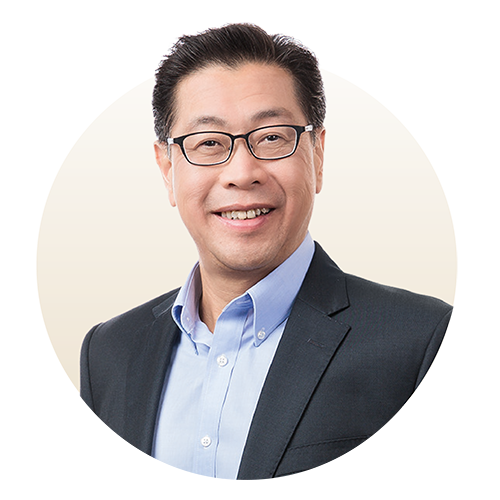 As President and Group Managing Director, Mr See oversees the Group’s operations and is responsible for providing strong leadership for the company by working with the Board and Management to execute short and long-term goals, plans and strategies to drive business performance.

He was also the General Director of Amara Hotel Saigon Company Ltd, which operated Amara Hotel in Ho Chi Minh City, from 1998 to 2001. Prior to that, he was with Ernst & Young for nearly a decade, spending his last four years there as Audit Manager.

Mr See holds a Bachelor of Commerce from the University of Auckland and is an Associate Chartered Accountant, New Zealand. 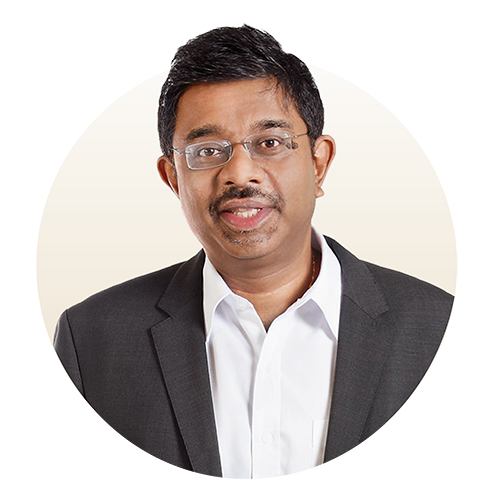 Mr Chandran has overseen Banyan Tree Spa since 2005, growing the business to more than 60 spas worldwide. Appointed to the Board of LRH in 2012, he became Managing Director of LRH in 2014.

In 2015, Mr Chandran assumed the additional role of Managing Director, Owned Hotels, for the Banyan Tree Group. Seven hotels directly report to him as the Owner’s Representative, on hotel management, operational and owner’s matters.

Since July 2019, Mr Chandran has also spearheaded the business initiatives, strategic planning and delivery of the Group’s hotels worldwide. 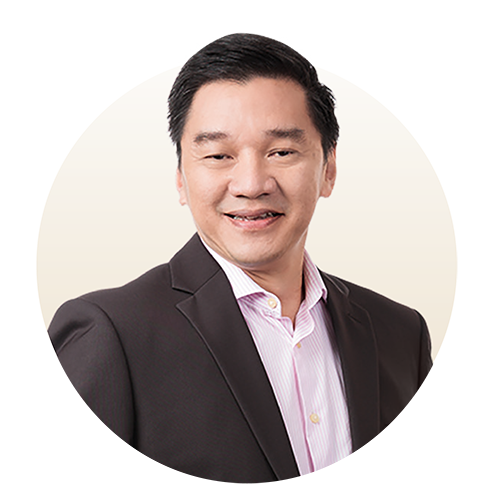 Having been with the Group since 1991, Mr Kusumadi has helped to create numerous iconic and award-winning architectural and interior designs which are hallmarks of Banyan Tree and Angsana hotels and resorts.

He holds a Master of Architecture from Parahyangan Catholic University, Bandung, Indonesia. 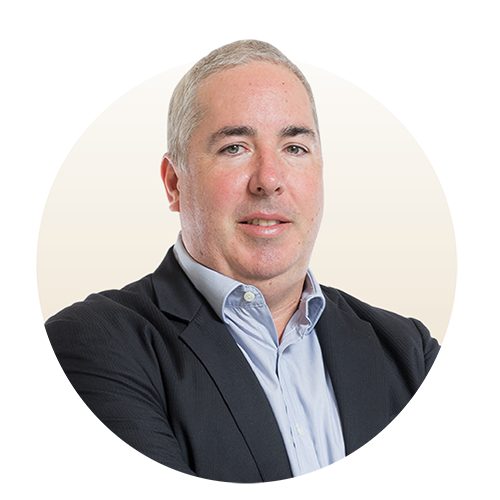 Mr Reading assumed his current role in 2014 and oversees residences and extended stay, which is a core business for the Group.

He was previously Vice President, Chief Financial Officer for LRH and Deputy Managing Director, LRH. Mr Reading has served on the Board of LRH since 2006. He joined LRH in 2002 as Assistant Vice President, Finance & Administration, responsible for the residences and extended stay/property sales and holiday club businesses finance function.

Prior to joining the Group, he spent more than 10 years with PricewaterhouseCoopers in Australia and Papua New Guinea. From 1999 to 2002, he was a Director in the Assurance and Business Advisory Services division in Sydney. He is a member of the Institute of Chartered Accountants in Australia and holds a Bachelor of Business degree in Accounting from the University of Western Sydney, Australia. 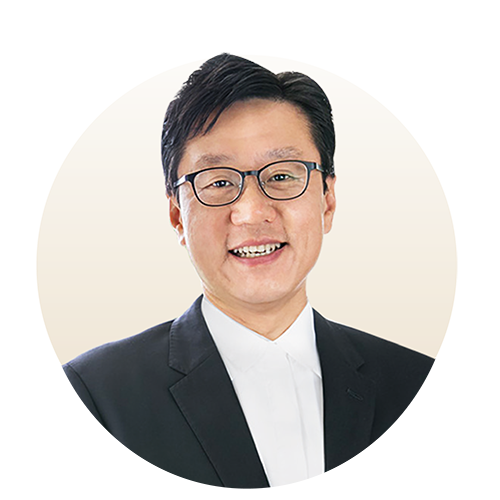 Mr Moy transitioned from banking and investment to hospitality in 2009, serving as Executive Vice President and Secretary to the Board of Capella Hotel Group, a subsidiary of Pontiac Land Group, for 11 years.

Prior to Capella Hotel Group, Mr Moy held senior executive management roles in Citigroup and General Electric, where he also served as a Board member of GE Capital, South East Asia, and a leadership member of GE Singapore Business Council from 2005 to 2009. 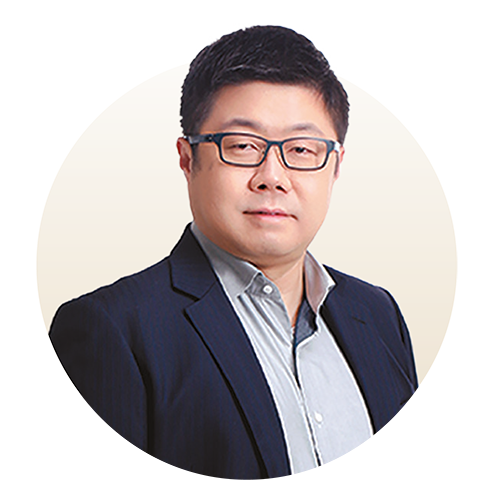 Mr Chin is Managing Director of the Banyan Tree Group of Hotel Management and Service Companies in China, in joint venture with China Vanke. He assumed his current role in July 2017.

Mr Chin joined Banyan Tree in 2010 as General Manager, Wenjiang Company, and Director, Special Projects. In 2015, he was promoted to Vice President overseeing all property projects and sales in China, while serving as Managing Director for the Banyan Tree China Fund.

Mr Chin has a track record of over 20 years in hospitality and real estate, including experience in property development, consultancy and private equity. Prior to joining the Group, he held various senior positions at the China Hospitality Fund by RREEF and H&Q AP from 2008 to 2010, and with AccorHotels Group from 2002 to 2008.

Mr Chin graduated from Beijing University of Technology with a Bachelor of Arts in Civil Engineering. 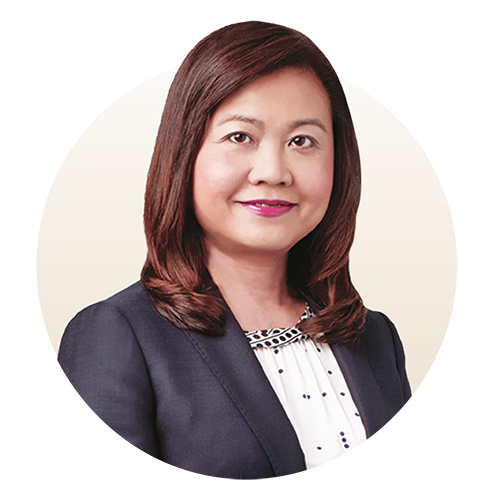 Ms Lee joined Banyan Tree in 2001 as a Cost Manager and was promoted to Senior Vice President in 2018. She oversees the development of all new projects by the Banyan Tree Group, with a focus on governance of project and procurement processes as the Group’s footprint expands. She has over 30 years of experience in the construction and real estate industry, having practised in both the public and private sectors.

Ms Lee holds a Bachelor of Science (Building) and a Graduate Certificate in Real Estate Finance, both from the National University of Singapore. 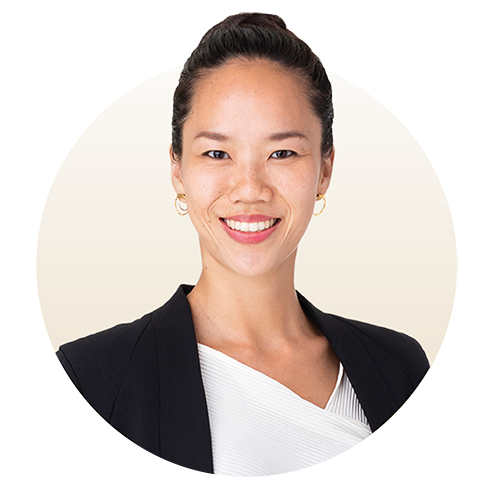 Ms Ho leads Brand HQ, responsible for Brand, Digital, and Wellbeing across the Group’s multi-branded portfolio. This encompasses E-commerce, Customer experience and insights, culture and development as well as Innovation workstreams, working with cross-functional teams for critical change projects within the Group. She joined the Group in 2009, serving across Operations and Headquarters.

An active member in the creative and social business landscape in Singapore and the region, Ms Ho has co-founded two pioneering businesses in the co-working and e-commerce space, as well as the founding chapter of Asia’s largest, volunteer-run creative network. She is also a Red Dot for Pink Dot Business Leader and founding member of the AVPN Gender Network, supported by the Bill and Melinda Gates Foundation.

Ms Ho holds a Bachelor of Science in Sociology and Economic Development from the London School of Economics.

She is the daughter of the Executive Chairman, Mr Ho KwonPing. 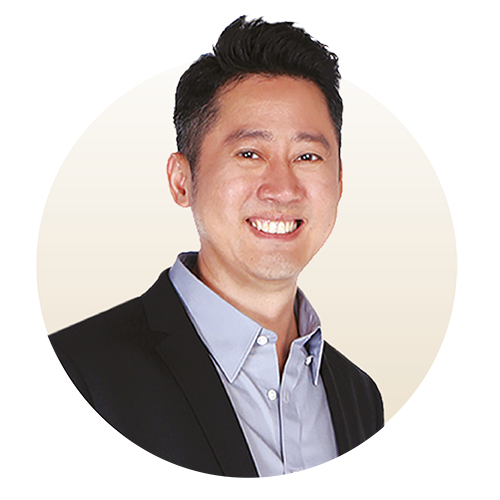 Since being appointed to his current position in April 2021, Mr Lim continues to oversee the Group’s hotel openings and hotel operations in key regions worldwide. Additionally, he is responsible for providing oversight for a Specialist Services team which supports all hotels globally in specific areas of technical services. This ensures that Banyan Tree standards are met seamlessly, supporting the Group’s expansion as a multi-branded hospitality company. 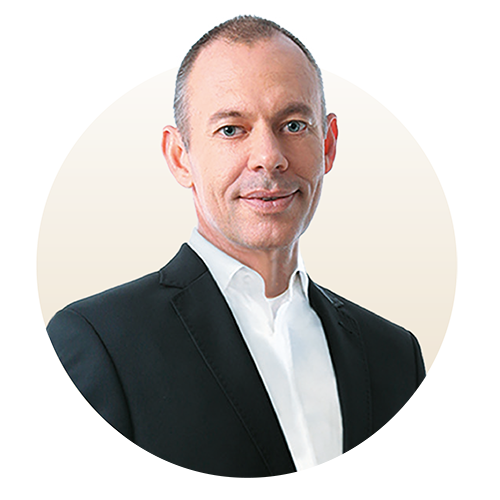 Mr Herholdt was previously Chief Operating Officer and General Manager, Corporate Services, at Hamilton Island Resort, Australia. He had been responsible for running Hamilton Island operationally and financially since 1996, and for 20 years was instrumental in turning the resort around from a loss-making to a highly profitable integrated resort. Prior to joining Hamilton Island, he was with the accounting firm Coopers & Lybrand from 1986 to 1996, and had worked with them in Canada, the UK and Australia.

Mr Herholdt is a Chartered Accountant by training. He obtained his Bachelor of Commerce from the University of Queensland, Australia. 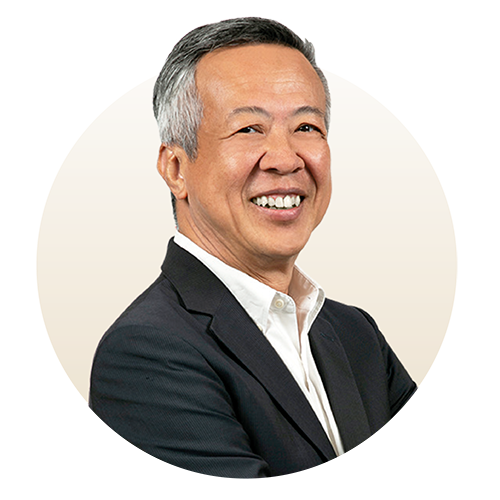 As Vice President, Head of Growth, Mr Ong is responsible for developing sales strategies to meet revenue and growth targets. He provides strategic business leadership, sets direction and goals and oversees sales efforts. He works closely with his Global Sales team, the Cluster Directors of Sales and Marketing, the General Managers and Directors of Sales and Marketing of the hotels.

He has 30 years’ experience in the hospitality and travel industries. He started his career as a tour director, before heading the Incentive and Convention division in the same company. Since entering the hotel industry, he has worked with Shangri-La Hotels & Resorts, Starwood, IHG, Kempinski Hotels and AccorHotels in various geographical regions. He is especially familiar with the China market, having spent 20 years there, culminating in his role as Vice President, Sales & Distribution, for Accor Greater China. 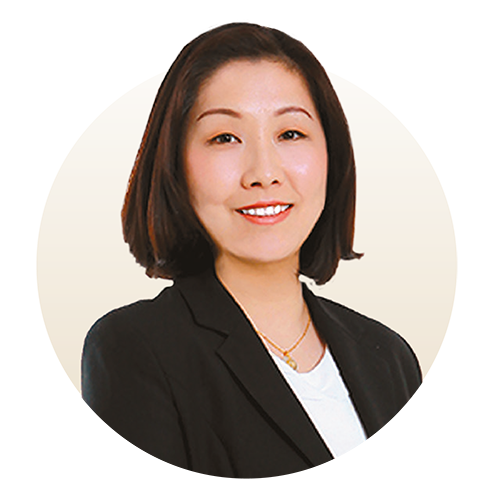 Ms Zhang was promoted to her current designation in August 2015. She plays a key role as the Group’s principal representative in China and as the liaison between the Group’s China Joint Venture and its partner, the Vanke Group. She also provides oversight and support of the Group’s functional committees in China and the day-to-day operations of the Group’s subsidiary in China.

Prior to joining the Group in 2002, Ms Zhang worked for several well-known international conglomerates including Siemens and Thakral. She graduated with a Bachelor of Accountancy from Fudan University, China, and is a member of the Certified Accountants of China. 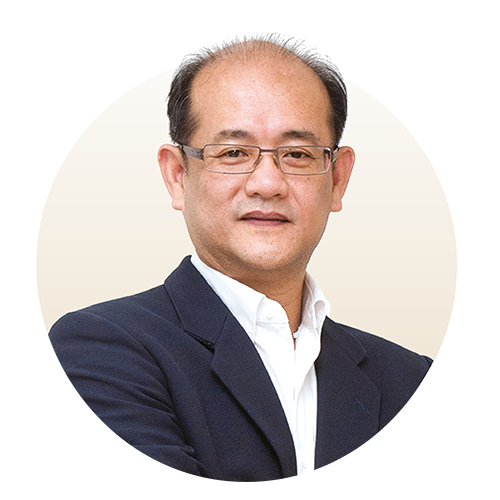 Mr Loh is responsible for corporate legal, government liaison, human resources and central services in driving the expansion of Laguna Phuket’s hotels and residences. He was promoted to his current position in January 2019.

In his 29 years with the Group, he has served in various capacities to develop Laguna Phuket into a luxurious lifestyle community. He was involved in the pre-opening for Sheraton Grande (now Angsana Laguna Phuket), Laguna Golf Phuket, Allamanda, Canal Village and Banyan Tree Phuket, as well as Banyan Tree Bangkok. His experience covers a wide range of operations, from transportation to beach maintenance, sustainability and destination marketing. 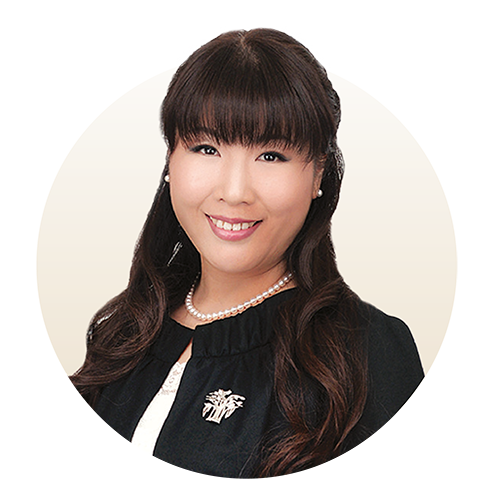 Ms Shiina joined the Group in 1995, becoming Director of Sales, Japan, in 2000. In 2006, she was promoted to Assistant Vice President, Sales & Business Development. She has been the Group’s lead representative in Japan since 2007. 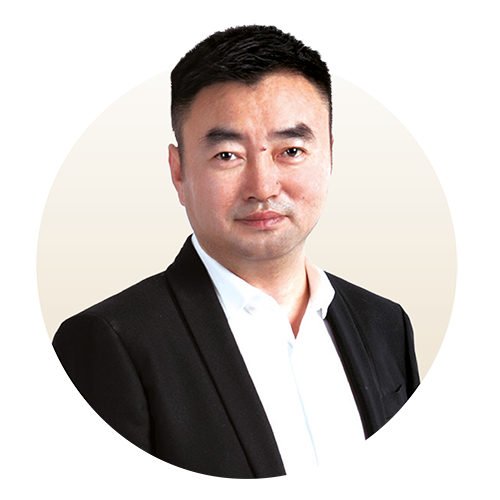 Mr Wang has been Vice President, Business Development and Projects, China, since July 2017. He oversees the development, design and construction of all projects by Banyan Tree China.

Mr Wang joined the Group in 1994 as General Manager of Architrave China. He has more than 30 years of experience in the design and construction industry, having practised in many renowned architectural firms. He graduated from Tongji University, China, majoring in Landscaping Architecture, and has a Master of Architecture from Toyohashi University of Technology, Japan.